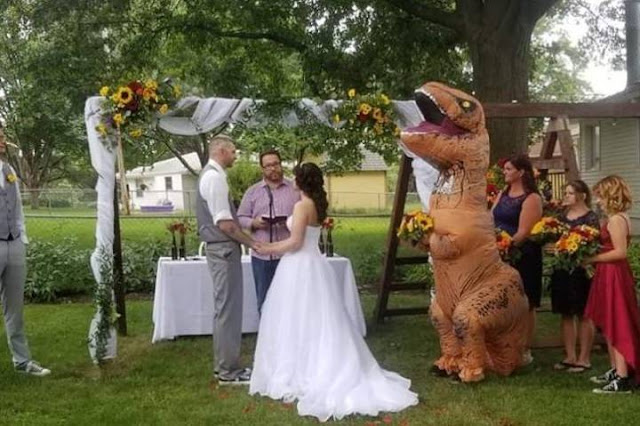 Christina Meador is shown inside a T. rex costume at her sister's wedding in Nebraska

A U.S. woman whose sister told her to pick her own bridesmaid outfit showed up at the wedding in Nebraska last month in a T. Rex costume, much to the delight of the bride, groom and all their guests. 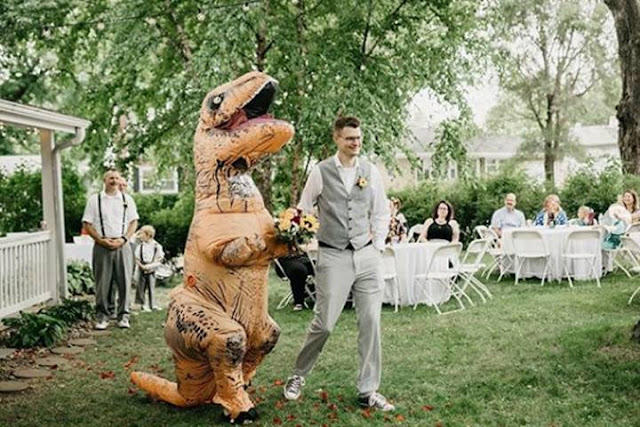 Christina Meador is shown in a dinosaur suit alongside a groomsman at her sister‘s wedding in Omaha, Neb.

“I regret nothing,” Christina Meador, the Jurassic maid of honour wrote in a Facebook post last month.

The post also includes a photo of the bride, groom and their wedding party lined up for their backyard ceremony. All of the bridesmaids can be seen holding sunflower bouquets in their hands (or in Meador’s case, in her tiny little T. Rex arms).

“When you’re the maid of honour and told you can wear anything you choose,” she wrote. 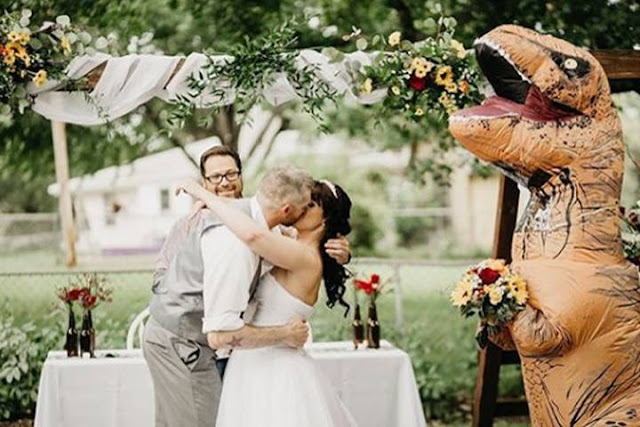 Joby and Deanna Adams share a kiss while Christina Meador stands nearby in a T. rex costume

Meador’s sister, Deanna Adams, appears to have been in on the joke from day one. She shared the wedding party photo last month and included a smiley face with the post. She also shared a screenshot of a conversation with Meador from July of 2018, in which they discussed the costume ahead of time.

“I think I found my bridesmaid’s outfit,” Meador wrote in the chat. “I get to choose for myself right?”

Meador then sent a photo of the T. Rex costume.

Video from the outdoor wedding shows Meador, 38, walking up to the altar with a groomsman for the ceremony.

She bumps her Tyrannosaurus head on an overhanging roof at the start of the video, then offers the groomsman her dino-arm for the walk.


Meador’s original post has been flooded with (mostly) positive responses since the wedding.