No Comments
After an exhausting trip to Disney World with her 3-year-old, she decided that the only way to make life easier for parents was to ban young couples without kids. 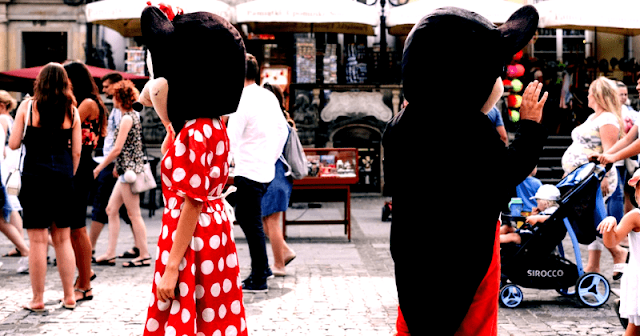 After an exhausting trip to Disney World, one mother took all her frustration out on social media by talking about how millennials with no children are making things worse for families that visit the theme park with kids. Adults who enjoyed the Disney shows and cartoons in their childhood, and possibly
Completely enraged, the mother wrote, "it pisses me off TO NO END!!!!! when I see CHILDLESS COUPLES WITHOUT [kids] AT DISNEY WORLD!!!!"
She didn't hold herself back as she lashed out on people through her post and believed that the park should no longer open its gates to young couples with no children. "DW is a FAMILY amusement park!!!! yet these IMMATURE millennials THROW AWAY THEIR MONEY ON USELESS CRAP!!!!! They have NO idea the JOY and HAPPINESS it is to MOTHERS WHO BUYS THEIR BABIES TREATS AND TOYS!!!!"
The mother's rant didn't end there. She believed that millennials who flock to "the happiest place on Earth" are only making lines unnecessarily longer for parents at the theme park, as reported by CBS News. The furious mother wrote, "THEY WILL NEVER EXPERIENCE THE EXHAUSTION THAT IT IS TO CHASE A 3-YEAR-OLD AROUND AND GETTING STARES AT ASSUMING IM A BAD MOTHER!!!!"
She shared her experience of how her little boy was upset and said, "This c*** in some very SL**** shorts was buying a Mickey pretzel and Aiden wanted one but the line was very long so I said later and it broke his poor little heart and he cried I WANTED TO TAKE THAT F****** PRETZEL FROM THAT TRAMP LIKE THANKS B**** YOU MADE MY SON CRY!!! DW is for CHILDREN!!!!"
Her resentment for women without children made her go as far as to give an ultimatum saying they should be completely banned from the park. "People without CHILDREN need to be BANNED!!!! Mothers with children should be allowed to skip ALL THE LINE!!!!" she wrote. "YOU HAVE NO F****** IDEA WHAT ITS LIKE TO HAVE TO STAND IN LINE FOR 3 HOURS WITH A CRANKY TIRED EXHAUSTED TODDLER!!!! AND I CANT JUST TELL HIM THAT WE CANT DO SOMETHING BECAUSE ITS HIS VACATION TOO!!!! I f**king hate childless women with a BURNING PASSION!!!"
A screenshot of her post was shared on Twitter and gained widespread attention from the internet and received all kinds of opinions.

This is my new favorite wild mommy post. It’s me, the millennial slut who just goes to Disney World to make children cry

22K people are talking about this

Replying to @JenKatWrites @juggstorecowboy
She wants to ban childless visitors AND wants mothers with children to be able to skip line? I don't think she thought that through.

112 people are talking about this

Not all of us grew up where our families could afford to take us to Disney. Take your entitled, judgmental, caps-lock for brains havin ass and shove it.https://www.cbsnews.com/news/disney-world-rant-woman-criticizes-childless-couples-at-happiest-place-on-earth-insists-its-for-kids-and-parents-only/ …

Childless millennials have no place at Disney World and should be banned, tired mom rants

Despite anonymous mother's viral tirade, the Magic Kingdom has been courting millennials for years—starting with booze
cbsnews.com

3,257 people are talking about this
However, there were some parents who were able to relate to the exhaustion that the mother was talking about.

Replying to @Truxillogical and 3 others
We took our 12-year-old to Universal Studios and even he got tired and cranky. We had to buy him a churro every 2 hours to keep him happy.

20 people are talking about this

See Cheryl OT's other Tweets
But other parents questioned whether Disney World was the right place to take a 3-year-old, saying that they might be too young to appreciate it.

Replying to @JenKatWrites
Speaking as a parent with a 3yo, Ugh, why would you take a 3yo to Disney?? They won't remember or appreciate it. Also, how can you go to Disney and expect to not stand in line.
Also if she has a 3yo, odds are she's a millennial herself.

104 people are talking about this

Replying to @JenKatWrites @robertbohl
Holy balls of fire! If my toddler starts acting like an entitled jerk because she has to work/wait for something, she just doesn't get it. It's how life works! Ur #1 priority as parent - raise a well prepared and adjusted person. Now someone pls hand me mother of the year award!

22 people are talking about this

Replying to @JenKatWrites
Sorry everyone who *can’t* have kids, you’re not allowed to enjoy anything either, especially DW, because the balance of despair/happiness will never compare to whatever the fuck she’s going through at every waking minute.

See FK's other Tweets
According to the New York Post, several of the attractions in Disney World, such as the themed cocktail bars, are aimed at millennials who associated nostalgic memories to the films and cartoons they grew up watching. In addition to this, there are even adults-only cruises that are offered by Disney. The findings of a survey published on Morning Consult also pointed out that millennials, both with and without children, are more likely to visit theme parks more than people of other age groups.
The amusement park is not known to discriminate and opens its doors to people of all ages. Although the frustration of the mother who posted her rant on social media sparked a huge debate, most people would still agree that there really isn't a particular age to have fun.