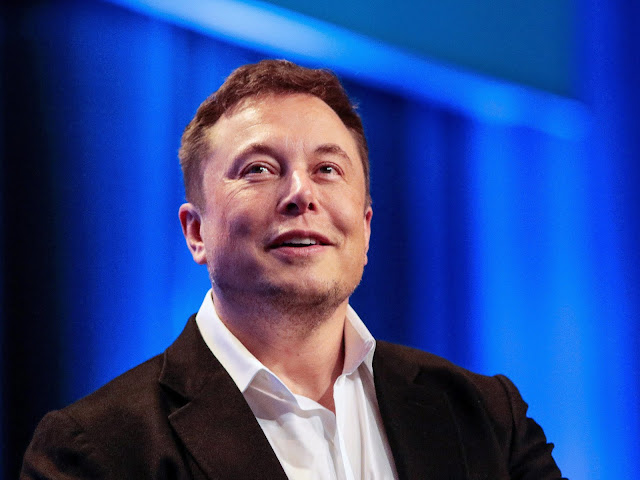 Elon Musk is no stranger to bold predictions, and on Tuesday he lobbed another one at self-driving tech doubters: The Tesla CEO said the electric car maker’s full self-driving feature will be completed by the end of 2019. And by the end of 2020, he added, it will be so capable, you’ll be able to snooze in the driver’s seat while it takes you from your parking lot to wherever you’re going.
“I think we will be ‘feature-complete’ on full self-driving this year, meaning the car will be able to find you in a parking lot, pick you up, take you all the way to your destination without an intervention this year,” Musk said during a podcast interview with the money management firm ARK Invest, which is a Tesla investor. “I am certain of that. That is not a question mark.”
Today, Tesla customers willing to plunk down an extra $5,000 at purchase can unlock their vehicles’ Enhanced Autopilotfeature, which is far simpler than what Musk is promising. The technology “guides a car from a highway’s on-ramp to off-ramp, including suggesting and making lane changes, navigating highway interchanges, and taking exits,” according to the automaker’s driver’s manual.
But Tesla’s vehicles still definitely can’t drive themselves everywhere—not on service roads, not through parking lots, and not in cities. Musk has long said they would, one day. Between October 2016 and October 2018, customers could even pay an extra $3,000 or so for a “full self-driving” feature, which Tesla promised they would eventually be able to unlock via a software update. (Tesla has said that every car produced since October 2016 has all the hardware needed to drive itself.) In January 2017, Musk said elements of that feature would start rolling out in three to six months. That didn’t happen. It wasn’t the first missed deadline: Musk has repeatedly underestimated the time it would take to complete ambitious projects.
Musk’s revised full self-driving timeline is great news for Tesla buyers who have been waiting for their driverless features for months, even years. Still, Musk cautioned in Tuesday’s podcast interview that it will take the company another year to get to the point where its cars can completely drive themselves.
“People sometimes will extrapolate [“feature-complete”] to mean [full self-driving] now works with 100 percent certainty, requiring no observation, perfectly,” he told ARK Invest CEO Catherine Wood and analyst Tasha Keeney in the podcast interview. “This is not the case.” Musk said that Tesla drivers would be able to fall asleep and wake up at their destinations using full self-drive by the end of 2020. Until then, drivers will have to continue to monitor the technology and be ready to take control of the wheel if something goes wrong.
As Musk continues to make bold predictions for Tesla's self-driving technology, most of his competitors in autonomous vehicles are moving the other way, tempering their once aggressive timelines for full self-driving car roll outs. Waymo downplayed the “launch”of its driverless taxi service in Phoenix last year, revealing that the service would not be open to the general public, and that a safety driver would remain behind the wheel. The technology is “really, really hard,” Waymo CEO John Krafcik said last year.
Meanwhile, General Motors’ Cruise has said it will roll out its own AV taxi service this year, but it has stayed mum on when and where that might happen. Uber’s plans are in flux as it recovers from last year’s testing crash that killed a woman in Arizona. And companies like Nuro and Aurora are taking the slow and steady approach, telling reporters and investors that they’re building their tech with caution and without fanfare. Musk, however, has never been a fan of sticking to talking points or saying any less than what’s on his mind.
In the podcast interview, Musk also said that Tesla’s Autopilot team, which launched the feature to handle highway driving, has now turned to handling intersections. It’s tough work. “On a development level, [there is] no problem recognizing stop signs and traffic lights,” Musk said. “But you do get ambiguity in some complex intersections with traffic lights. Like, which one’s the right light to focus on? Even if you’re a person, it’s not always clear. So that’s what we’re working on there.”
It makes sense that Tesla began its self-driving project with a highway driving feature. Autonomous industry experts have long said highway driving is easier—the roads are generally uniform and don’t also play host to pedestrians and cyclists. (Musk has also pointed out that high-speed crashes, the kind more likely to happen on highways, are more dangerous.) Tesla hasn’t shown off any other element of its full self-driving feature since October 2016, when the company published a promotional videoshowing a Model S driving through a Northern California neighborhood without its driver’s hands on the wheel.
Musk also told the ARK Invest podcast Tuesday that Tesla’s Autopilot AI computer “is about to roll into production.” He said the company’s technology will be a “2,000 percent” improvement over its current technology, which comes courtesy of the automotive supplier and chipmaker Nvidia.
Self-driving hype may have cooled, but never say the industry—or at least its most famous member—is afraid to throw out big numbers.