Cockroach Milk is the Next Great Superfood According to Scientists 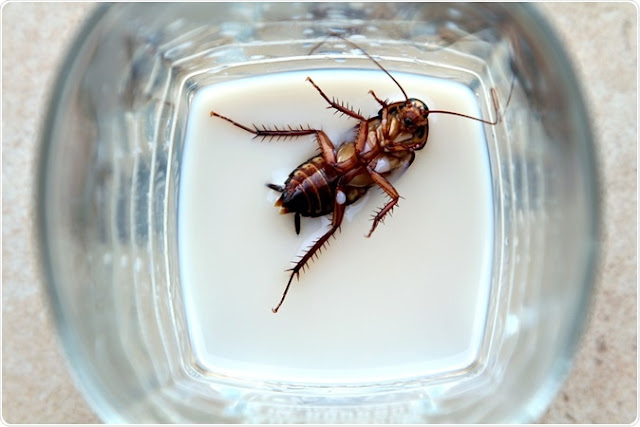 Was dog semen not an option? Can we not make smoothies with possum blood instead? How about protein powder made from ground spiders? Maybe just slap a fresh raw donkey uterus onto our plates and have us eat it with our hands? Nah? Is cockroach milk really what we have to go with for the next superfood trend? It feels like we might have overlooked literally every other option before arriving here. But yeah, apparently cockroach milk might have some pretty impressive health benefits.

According to scientists, the “milk” from cockroaches is more than four times as nutritious as cow’s milk and replicating it could be incredibly helpful in feeding the planet’s ever-growing population. It’s the new superfood, which makes sense, because preventing a global famine is pretty much the only way anyone could justify telling you to pour some roach milk over your Cheerios with a straight face.

Now, cockroaches don’t actually produce milk as you and I know it. There is one type of cockroach in particular, the Pacific Beetle Cockroach or Diploptera punctate, that gives birth to live young and secretes (excuse me while I puke) a milk type of substance. This apparent dairy alternative is full of super nutritious protein crystals that scientists want to try and replicate. The researchers say the milk crystals are extremely nutritious substances — a complete food on their own replete with fats, sugars, and essential amino acids. Their goal is to replicate the genes responsible for producing the crystals using stem cell biology so they can make it in a lab.

The important thing here is that there isn’t going to be a warehouse full of female Pacific Beetle Cockroaches getting milked by tiny little machines. And that no one will be drinking a milk alternative that came from the, I don’t know, breast(?) of an actual cockroach. Your cockroach milk ice cream will be lab-grown and nowhere near any actual roaches unless the lab has terrible janitors and messy eating scientists.

Whatever. As long as it’s lab-grown and not actually getting pushed out by some cockroach wet-nurse I don’t care.