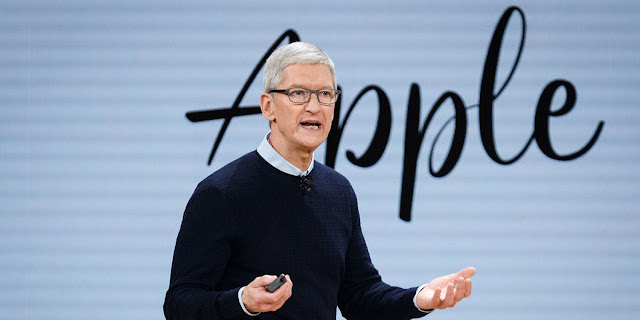 The Wall Street Journal published an intricate report detailing how Jony Ive’s role at Apple had evolved since the launch of the Apple Watch. In a rather unprecedented move, Apple CEO Tim Cook has responded to that story — calling it “absurd” and saying it doesn’t “match with reality.”

The Wall Street Journal report offered details on Ive’s role at Apple, saying he missed design meetings and had grown frustrated with Apple’s evolving focus on operations and management. It also said the original Apple Watch sold just one-quarter of what Apple had forecast for the device.
In an email to NBC reporter Dylan Byrers, Cook says:

The story is absurd. A lot of the reporting, and certainly the conclusions just don’t match with reality. At a base level, it shows a lack of understanding about how the design team works and how Apple works. It distorts relationships, decisions, and events to the point that we just don’t recognize the company it claims to describe.

Building on that, Cook says that he has complete confidence in Apple’s design team:

The design team is phenomenally talented. As Jony has said, they’re stronger than ever, and I have complete confidence that they will thrive under Jeff, Evans, and Alan’s leadership. We know the truth and we know the incredible things they’re capable of doing. The projects they’re working on will blow you away.

Yesterday’s report painted a rather dim picture of the relationship between Ive and post-Jobs Apple. According to the report, Cook attempted to “keep Ive happy over the years, in part with a pay package that far exceeds that of other top Apple executives.” That pay package is said to have caused “friction with others on the executive team.” Furthermore, the Wall Street Journal said that people in the design studio rarely see Cook himself, and believe that Cook has “little interest in the product development process.”