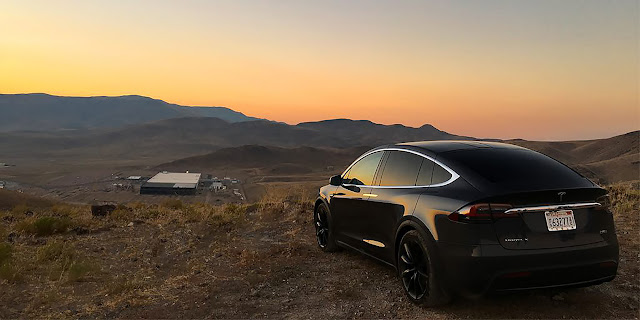 A recent report from one of Indonesia’s oldest news agencies has stated that American electric car maker Tesla is looking to build a lithium battery raw material factory in the Morowali Industrial Park (IMIP) area, located in the Central Sulawesi province, Indonesia.
The update comes amidst the recent comments of Maritime Affairs Coordinating Minister Luhut Binsar Pandjaitan, who named Tesla as one of the companies that are reportedly looking to build battery facilities in the region. Speaking at the Presidential Palace in Jakarta on Tuesday, Pandjaitan mentioned that Contemporary Amperex Technology (CATL) and LG would also be operating their own facilities in the Morowali area.
Provided that the facility does break ground, Tesla’s lithium battery raw material factory in Indonesia will reportedly be aiming for completion in around three years.
While Tesla is yet to announce or confirm the reports from the Indonesian media outlet, the country’s government is already preparing to welcome the arrival of the massive battery companies, including the Silicon Valley-based electric car maker. Pandjaitan, for his part, claimed that a Presidential Regulation (Perpres) for Electric Vehicles would soon be signed by Indonesian President Joko Widodo.
“It was completed. The president may sign the perpres (presidential decree) in the next few days,” the Maritime Affairs Coordinating Minister said, according to Antara News.
Once signed, companies such as CATL, LG, and Tesla will be able to avail of several incentives. Among these is the elimination or reduction of taxes, as well as the exemption of import duties related to the needs of the companies’ operations.
Antara is one of Indonesia’s oldest news agencies. Founded in 1937 while the country was still a Dutch colony, Antara has emerged as the country’s national news agency. It is also the only agency authorized by the State to distribute news materials created by foreign media organizations. With this in mind, the reports of Tesla’s interest in Indonesia’s Morowali area are, at the very least, being related by one of the country’s most legitimate media organizations.

Tesla has expressed its intention to develop and produce its own battery cells. During the 2019 Annual Shareholder Meeting, Tesla CTO JB Straubel and VP for Technology Drew Baglino, together with CEO Elon Musk, spoke about the company’s need to secure large-scale battery cell production. Musk even commented that Tesla could end up in the mining business to acquire the necessary materials for its vehicles’ and energy storage products’ cells.
Reports from CNBC last month have also suggested that Tesla is already in the process of designing its own battery cells at a “skunkworks lab” located in the company’s Kato Road facility, just a few minutes from the Fremont, CA factory. According to the publication’s sources, Tesla is currently researching ways to make its batteries better, and coming up with ways to mass-produce the cells in a faster, more efficient manner.