Democrats and Republicans agree — Donald Trump will be re-elected 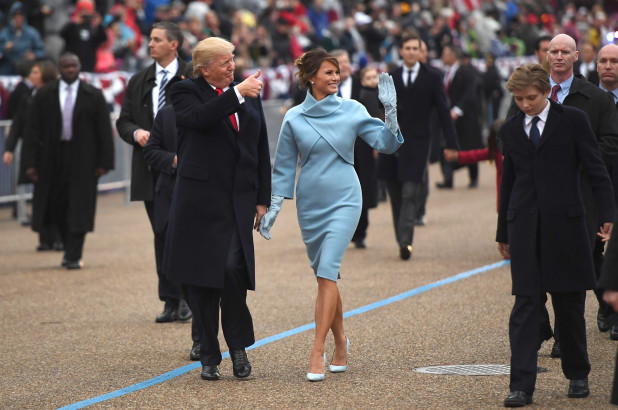 It’s a mixed marriage of a certain kind. He was a Trump supporter all along and she ­detested the man.

But these days, they agree on one big thing: The president will be ­re-elected. Easily.

“Easily?” I asked, making sure I heard them correctly. Yes, they insisted, with her nodding as he said Democrats had gone bonkers and voters would respond by giving Trump four more years.

The recent Manhattan conversation would be insignificant except that it dovetails with national trends, namely a growing belief that Dems are not coming back to this world anytime soon. The election is still a long way off, but there is no sign that the radicalism surging through the party can be put back in the bottle before the election. What we see now is likely what voters will see in 2020.

One of many defining moments among the presidential contenders and pretenders came with their unanimous support for giving illegal immigrants free health care. They raised their hands to signal yes, as if the question was a ­no-brainer.

Implicit in their so-called compassion is an invitation for millions and millions more to cross the border and get free care. Free, of course, except to American taxpayers.

Those first debates produced lots of news, and a meaningful insight. While coverage understandably focused on which candidates were rising and which were falling, a potentially more important fact was that the extreme positions taken by all the candidates made Trump the real winner.

Emerson College polling found that, after the debates, the president improved in head-to-head matchups against the top tier, gaining about 5 points on each. As a result, instead of trailing five Dems, he now leads three of them and narrowed the gap with the other two, Joe Biden and Bernie Sanders.

If Trump Derangement Syndrome were limited to the campaign trail, there might be hope. But an outbreak of epidemic proportions is claiming victims up and down the food chain.

Cue the music from “The Twilight Zone” and consider the case of Rep. Jerry Nadler, who appears to be possessed by impeachment fever. Nadler doesn’t have any ­evidence and doesn’t need any ­because Trump is his white whale. We know how that story ends.

Then there’s Alexandria Ocasio-Cortez and her “squad,” all of whom look more and more like rebels without a cause except their own fame. Scorned by their party’s leaders, they give the impression they’d rather burn it down than turn it down.

Their colleague from Missouri, Rep. William Clay, got it exactly right when he called them “juvenile,” but they don’t embarrass easily. What looked like a family squabble is now turning the Hatfields vs. the ­McCoys.

As Dems continue to devour each other, there are times when it would be wise for the president to follow the rule that you should never get in the way when your opponent is committing suicide. But this is not that time, and Trump made a smart move by announcing that he would seek to get the facts about citizens and noncitizens from existing government data ­instead of the census.

As he and Attorney General William Barr noted, the Supreme Court showed how to cure the mistakes made when the administration tried to put a citizenship question on the census questionnaire, but there is no time to go through another tortuous round of litigation.
he worst attack in America’s history is the stuff from which landslides are made — for the other party.

Give MTA Chairman Pat Foye credit: He finally linked the odious congestion taxes with the need for the spendthrift agency to get its house in order.

Problem is, he has the order backwards.

Foye called overtime and other abuses “appalling” and said the agency must prove itself “responsible stewards” of public funds.

But the MTA already gets the first round of congestion taxes — before making a single spending reform. That means motorists could be funding the “appalling” waste indefinitely.

Let’s reverse the process: First the MTA fixes itself, then gets a reward.

Do we have a deal?

Reader Carmine LoMonaco, retired from the NYPD, agrees that city and state Dems need another Ed Koch. He writes: “Koch certainly knew how to play the game of politics. New York could have gotten so much from our President but instead these foolish partisans wasted valuable time and money chasing their own tails and did nothing productive.

“The anger should be directed at Chuck Schumer, Jerry Nadler and Andrew Cuomo for not playing the game the right way for New York.”

The understatement of the year comes from Brodie Van Wagenen, general manager of the hapless Mets.

“We view ourselves as the underdogs.”