Bill Gates Just Expressed His Massive Frustration With How People Think. Then Elon Musk Joined In 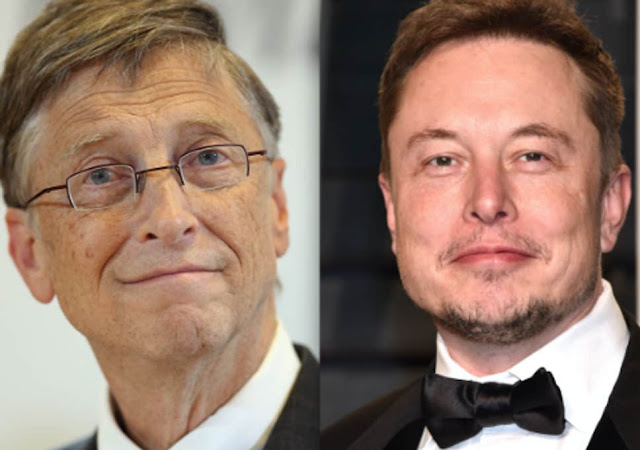 Absurdly Driven looks at the world of business with a skeptical eye and a firmly rooted tongue in cheek.

I'm a little suspicious of data.

I worry about who prepares it, how it is collated and what preconceptions lurk during its collection and collation.

There are those, though, who adore it.

Many of them are among the most influential people in the world.

And some of them are astonishingly annoyed at ordinary people's very human preconceptions, perhaps fueled by the media.

There were four columns, each of which held its own alleged truth.

The first column showed the causes of death in the U.S. for 2016.

The next column described the Google searches in the U.S. for the same year.

But then there was the third column.

This showed the proportion of media coverage given to certain subjects by The New York Times.

What about terrorism? Ah, that garnered a wholesome 35.7 percent.

The last column offered figures from The Guardian, which rather mirrored those of the Times.


I'm always amazed by the disconnect between what we see in the news and the reality of the world around us. As my late friend Hans Rosling would say, we must fight the fear instinct that distorts our perspective.

Rosling was a physician and statistician who was keen for people to look at the realities of data when they considered the truths of development.

Gates, too, seems frustrated how fear dominates our thinking and our media coverage.

He could have included some of our marketing.

I wonder if he's noticed, for example, the recent marketing tactics of Amazon's Ring doorbell company.

I’m always amazed by the disconnect between what we see in the news and the reality of the world around us. As my late friend Hans Rosling would say, we must fight the fear instinct that distorts our perspective: https://t.co/uQRofM4q2u pic.twitter.com/SzXDFr4clj
— Bill Gates (@BillGates) June 11, 2019

Yet no sooner had Gates expressed his frustration for our media-based realities than Tesla CEO Elon Musk offered his Twitterized views in response:

Some will be moved positively by Musk's pithy observation.

Others might wonder that Musk himself manages to garner so much publicity with his own very Muskian brand of fearmongering.

For example this from just a couple of Twittered years ago:

It's true, though, that our perceptions of certain issues can become severely distorted.

Whether it's by news media or social media, our minds are easily twisted into belief and then rage.

We care about the "wrong" things. We obsess about issues that truly don't matter. Is it only the media's fault?

Some well-known politicians have even honed their talent at making us get angry about something trivial to distract us from what's truly important.

Of course, the one difficult question is: How do we change?

How do we stop being baited by the insignificant? How do we persuade ourselves to focus on what's truly vital?

Humans really are the most dangerous of primitive species. We're the sort that thinks we're clever.

But if we're so clever, why doesn't this sort of data move us enough to do something about it?