China’s Space Plant Could Beam to Almost Anywhere on Earth 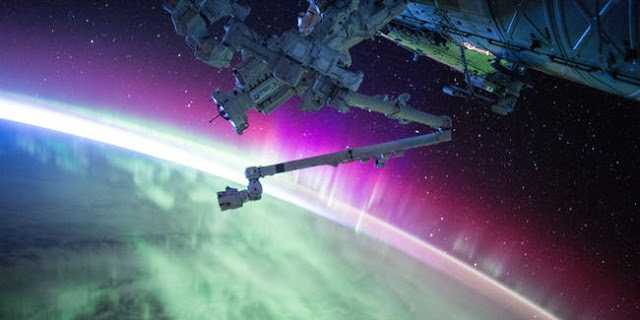 China’s solar energy facility in space could beam energy to almost any part of the world, potentially transforming the economics of renewable energy and paving the way for more consistent power. The project, detailed last month, would collect solar in space and send it down to a receiving facility on the earth, bypassing atmospheric conditions to receive energy at six times the intensity of a similar facility on the ground.

“You could beam electricity from Canada to the Tierra del Fuego at the southern tip of South America from a satellite at equator,” John Mankins, who spent 25 years at NASA’s Jet Propulsion Laboratory developing space-based solar, told CNBC in a Sunday story.

It could prove a major breakthrough for sending energy to various localities as it’s required. While residential solar installation costs have plummeted over the past decade in the United States, from $6.65 per watt in 2010 to $2.89 in 2018, space solar could unlock cheap energy for a broader array of locations.

China aims to deliver the project soon. Work is underway on a space power plant in the city of Chongqing, and Sydney Morning Herald states the plan is to tesl small to medium-sized stations in the stratosphere between 2021 and 2025. From there, the goal is to build a megawatt-level space station in 2030 before moving to a gigawatt-level station by 2050 — for comparison’s sake, Microsoft’s global clean energy portfolio measures around 1.4 gigawatts.

“This is not posturing; this is a real plan from serious organizations with revered scientists in China,” Mankins told CNBC. “They have a perfectly good technical plan, and they can do it [the megawatt-level station] by 2030.”

The idea is nothing new, as NASA had explored its potential with concepts in the 1970s like the SunTower: 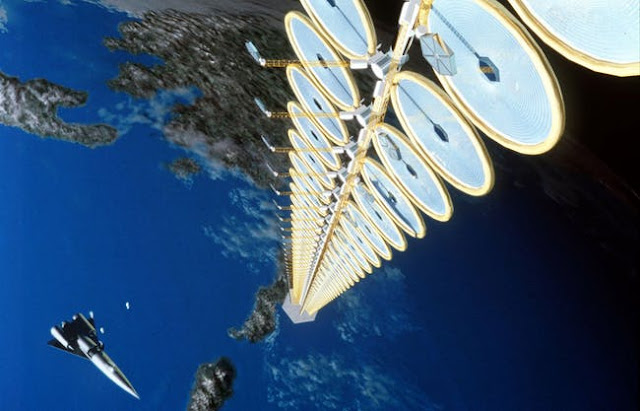 These original concepts were fueled by the Arab oil embargo, but fell aside as it emerged that space solar would have cost $1 trillion for the first kilowatt-hour. Mankins argued that these costs will have fallen as the prices of robotics and rocket launches drop, in part through efforts from SpaceX and Blue Origin. The ability to beam energy to remote locations could also prove beneficial to the military.

“The money you are sending to remote military bases can pay for the technology later,” Mankins said.

China’s planned station would orbit around 22,000 miles above the Earth and provide energy 99 percent of the time. The final construction will weigh around 1,000 tons, 600 more than the International Space Station. To bring down the complexity of such a project, the researchers are looking into using robots and 3D printers to complete the project in space.

It’s unclear how the station will eventually beam the energy down, with lasers and microwaves offering varying benefits. Lasers can orbit at around 250 miles and beam energy down to a cheap receiver, but each satellite only produces around 10 megawatts and its potential safety is questionable. Microwaves can send much larger amounts of up to one gigawatt from a satellite much higher in the sky to a receiver several miles wide. Both methods could help capture the approximately 30 percent of solar energy that the atmosphere currently reflects back.

Advancements in such technologies could help installations at home. Researchers from Switzerland-based firm Insolight announced last month a residential panel that uses a small number of space cells to boost efficiency to 29 percent. Space cells are more expensive due to higher efficiency, so the team used a smaller number of cells and focused the light with lenses by a factor of 100. The European Space Agency has also developed 100 micrometer-thick space cells with a much higher efficiency rate.

While the concept of solar panels on top of every home a la Tesla Solar Roof may seem futuristic, the future could lie with beams of energy shining down from space.