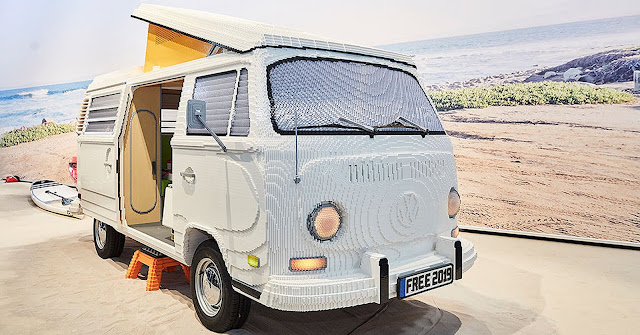 Two LEGO certified master makers spent six weeks creating a realistic replica of the Volkswagen Type 2 Kombi. Built from 400,000 LEGO pieces, it can support the weight of two adults, which means there’s no problem crawling inside and exploring the cool retro interior.  The incredible life-size model of the passenger van was revealed at the f.re.e Travel and Leisure Fair in Germany as an homage to the classic Volkswagen design.

The iconic design was introduced in the 1950s as Volkswagen’s second model—the first being the Beetle—and remains one of the firm’s most well known vehicles. This symbol of 1950s and 1960s “on the road” culture is carried throughout the model, as builders Rene Hoffmeister and Pascal Lenhardbuilt have included a ton of homey touches in the interior.

Toothbrushes, a hot plate, radio, sink, dishes, and a folding table all made from LEGO pieces give the van a lived-in feel. Finishing touches like retro artwork and a small spiderweb on the sink bring a touch of whimsy to the structure. The LEGO Volkswagen van was built around a steel frame and weighs 1,543 pounds (700 kg). With fully functioning lights and a sliding door just like the original, the only thing this van can’t do is drive.

Though it may seem like a one-off, this isn’t the first collaboration between LEGO and Volkswagen.

It took 6 weeks to create a full-size replica of the Volkswagen Type 2 Kombi from 400,000 LEGO pieces. 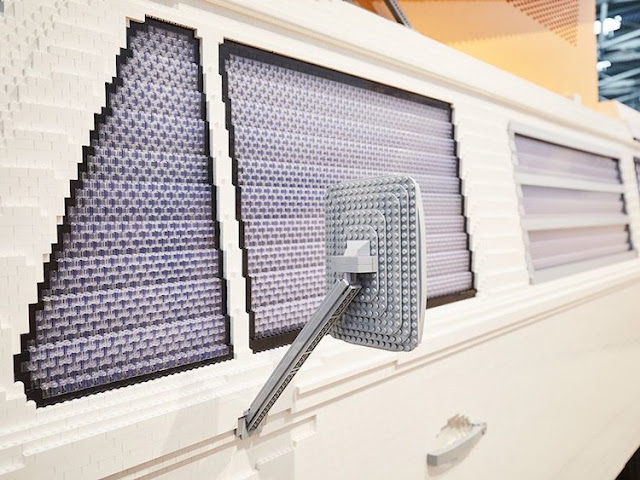 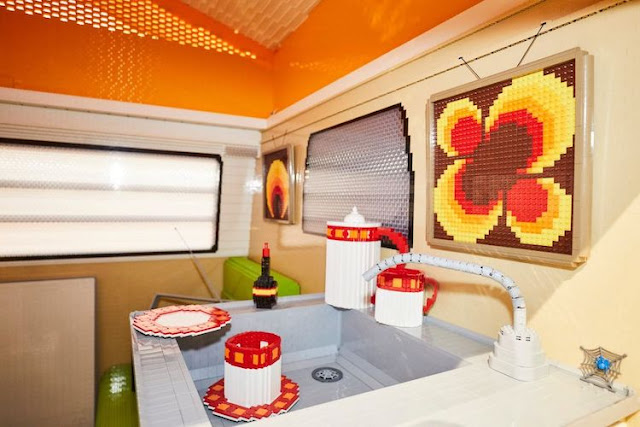 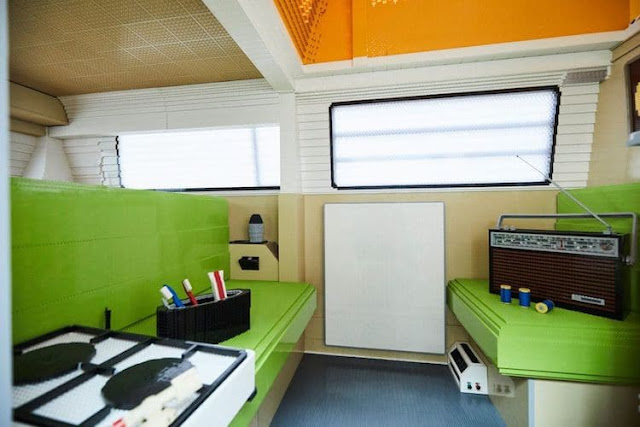 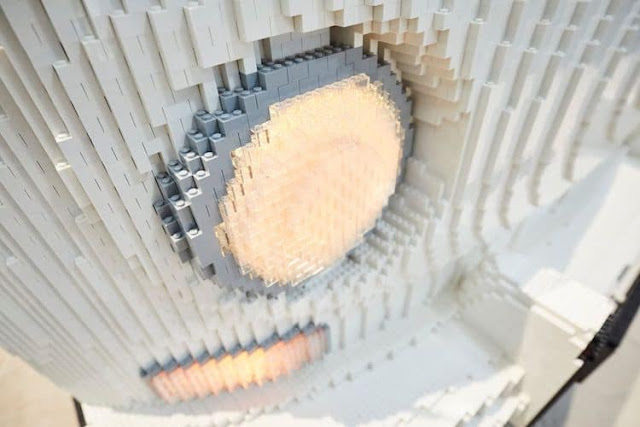