Scientists Develop a Frightening Robot Snake That Can Ascend ladders 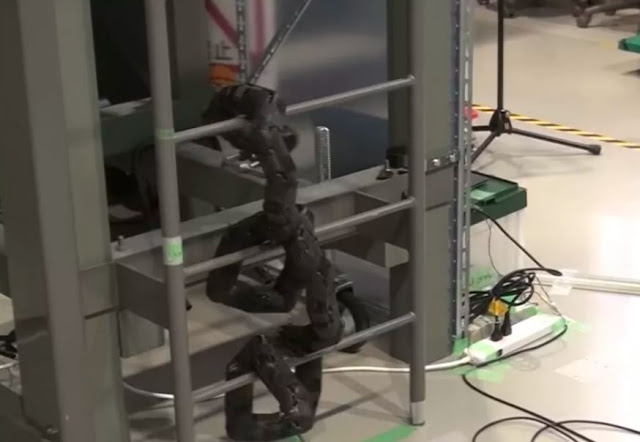 If you think regular snakes are scary, try a robotic serpent that can scale ladders.

Japanese researchers at Kyoto University have unveiled a prototype 'robot snake' that can slither and curl around surfaces and climb just like the real thing.

Rather than just creating it to trigger nightmares, they believe it could one day be used to save lives.

It was unveiled last week at the 2018 IEEE/RSJ International Conference on Intelligent Robots and Systems. The motto of that conference: "Towards a Robotic Society".

Toward a dystopian future where humankind is under assault from armies of parkour robots and ladder climbing snakes. 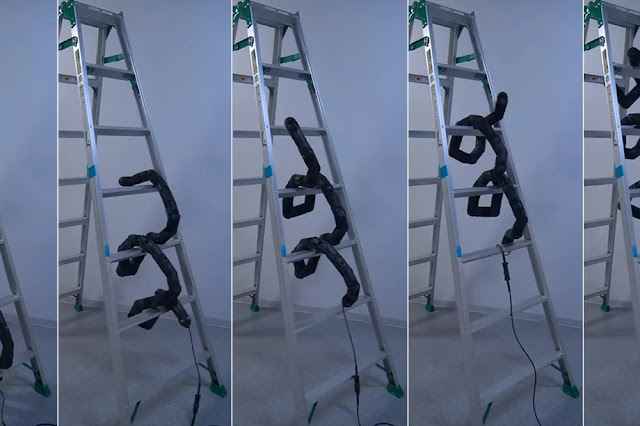 From the team's conceptual:

We propose a ladder climbing method for a snake robot that has a smooth surface shape. We design a novel gait for the snake using a gait design method that configures the target form of the snake robot by connecting simple shapes. The climbing motion is executed via shift control and the corresponding motion required to catch the next step on the ladder.