NASA Is Planning To Explore Uranus In Search Of Gas

No Comments
As we talk about humans returning to the moon and the Trump administration forming the Space Force, it’s easy to think about the less-important bodies in the solar system, particularly Neptune and Uranus. But a group at NASA aims to change that, with plans to send probes to the planets to learn more about their compositions in the 2030s.

According to John Wenz of New Scientist:


“The preferred mission is an orbiter with an atmospheric probe to either Uranus or Neptune– this provides the highest science value, and allows in depth study of all aspects of either planet’s system: rings, satellites, atmosphere, magnetosphere,” says Amy Simon, co-chair of the Ice Giants Pre-Decadal Study group. There are four proposed missions – three orbiters and a fly-by of Uranus, which would include a narrow angle camera to draw out details, especially of the ice giant’s moons. It would also drop an atmospheric probe to take a dive into Uranus’s atmosphere to measure the levels of gas and heavy elements there.

We’ve previously only sent one probe each to Uranus and Neptune, both as fly-by missions. 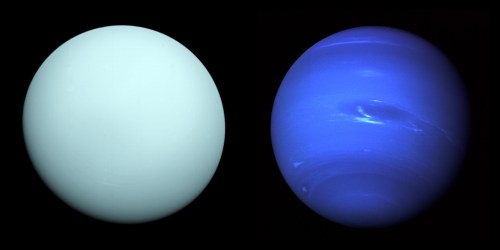 But getting to Uranus isn’t easy. Uranus is pretty far from the sun. On average, Uranus is 19 times as far from the sun as Earth is, and it takes Uranus 84 (Earth) years to complete just one orbit. And on its closest approach to Earth, Uranus is 1.6 billion miles (2.6 billion km) away. As Nola Taylor Redd on Space.com indicates:


Only one spacecraft has made the trip to Uranus. Launched in August 1977, NASA’s Voyager 2 flew by the planet on its way out of the solar system. It encountered all four gas giants, making its closest approach to Uranus on Jan. 24, 1986. This means it took just under a decade to reach the icy giant.

The trip to Uranus and Neptune is expected to take fourteen years at a minimum. Because of how far the planets are from the sun, any craft sent to them would have to rely on internal power instead of solar panels, meaning the craft would use plutonium-238 atomic batteries. 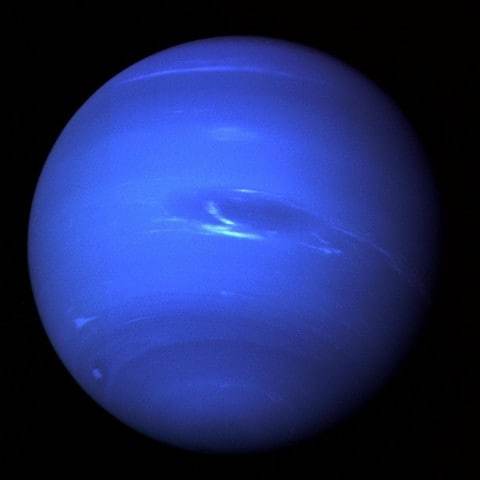 New Scientist states that NASA could launch missions to explore Uranus in 2034.

“For Uranus, although the frequency of good launch dates falls off after 2034, there are still good opportunities through 2036.  For Neptune, however, after 2030 it is pretty barren, owing to a lack of Jupiter gravity assists, for another 12 years, to about 2041 or so,” says Mark Hofstadter at the NASA Jet Propulsion Laboratory.

“So getting going now is helpful for a Uranus mission, and would be absolutely essential for Neptune mission,” he says.