No Comments
Scientists from Hawaii have found two tiny baby octopuses floating on plastic trash they were cleaning up as they monitored coral reefs.

Scientists believe these tiny octopuses are either day octopus or night octopus, both of which are commonly found off Hawaii. 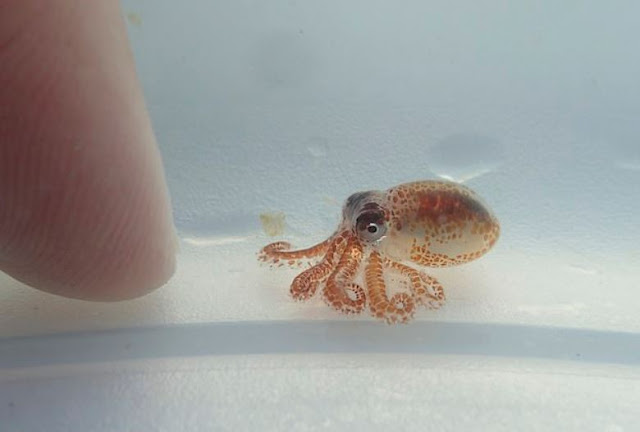 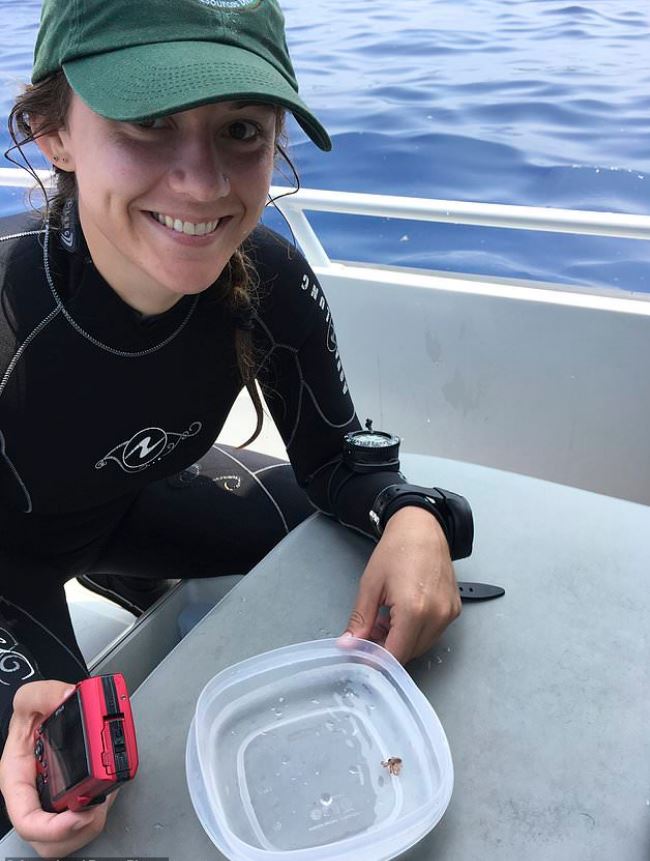 Scientists found them months ago, but the US Interior Department highlighted them this week when it posted a photo of one on social media.

Ms Beavers says one squirted a tiny bit of ink when they released it in the ocean.

'During a surface break from coral reef monitoring our Marine Biologists noticed something small when they picked up several items of floating plastic marine debris', a spokesperson wrote on the Kaloko-Honokōhau National Historical Park Hawaii Facebook page.

'This beautiful little octopus was found among the debris.

'On there next dive, our Geoscientists in Parks intern Ashley Pugh released the octopus safe and sound in a small protected space'.

Octopuses are believed to be highly intelligent, more so than any other kind of invertebrates. 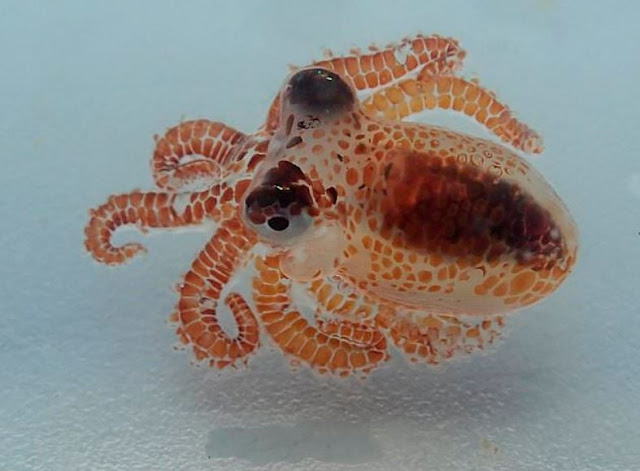 The creatures have been known to break out of aquariums and into others in search of food, and they have even boarded fishing boats and opened holds to eat crabs stored inside.

They are the only invertebrate which has been shown to use tools, with some species, as pictured above right, retrieving discarded coconut shells and reassembling them to use as shelter.

In laboratory experiments they can be readily trained to distinguish between different shapes and patterns. In several widely contested studies, they have even been shown to practise observational learning.