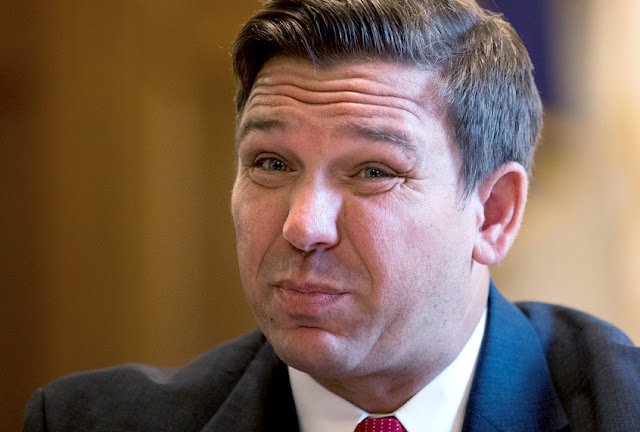 Trump-endorsed GOP nominee Ron DeSantis was already under fire for using a racist dog-whistle during a Fox News interview this week.

But newly uncovered evidence shows that dog-whistles are just the start for DeSantis, who is running against Tallahassee Mayor Andrew Gillum — the first African-American to be nominated for governor in Florida.

According to Media Matters, DeSantis was an administrator of the group “Tea Party” on Facebook. In the run-up to the election, it was inundated with pro-DeSantis posts from a writer for the Central Floria Post, a website for fringe news.

A writer for the Infowars-tied Central Florida Post (https://t.co/3ThaHn1hZm) has been spamming a racist, conspiracy Facebook group (https://t.co/QpFRBbWHAG) with Ron DeSantis campaign posts. DeSantis appears to be an admin of this group, along with Kelli Ward & Corey Stewart. pic.twitter.com/Sajs2g3ZnY
— Natalie Martinez (@natijomartinez) August 28, 2018

Another admin/moderator for the racist, conspiracy Facebook group has also been promoting Ron DeSantis' campaign, and specifically named DeSantis as an admin, and said the Central Florida Post writer Taylor Foland was specifically brought on to promote DeSantis. pic.twitter.com/tXcqDmDrAX
— Natalie Martinez (@natijomartinez) August 28, 2018

The Facebook Group had previously been reported on by Media Matters in June when it was revealed that far-right Republican Senate candidate Kelli Ward (who lost her primary in Arizona) was an administrator, too.

Members of the group have posted comments and content attacking Black Lives Matter and African Americans as “ghetto scum,” while other users have mocked and demeaned the teen survivors of the Parkland shooting, the Ledger reported.

Submissions to the group tend to consist of racist memes and other similar content. 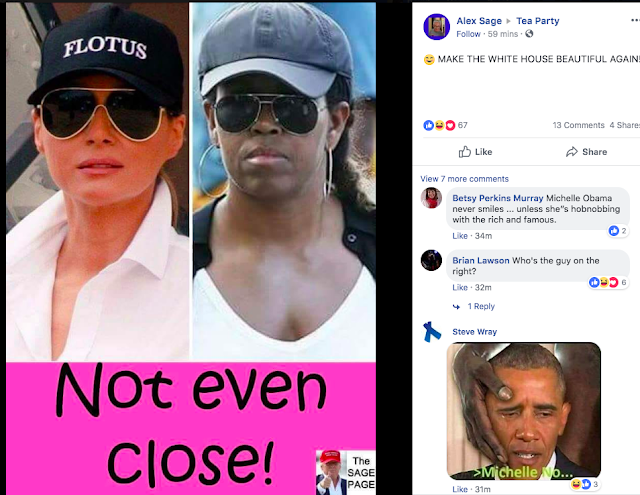 Some recent memes posted to the group directly addressed criticism levied against DeSantis earlier this week. 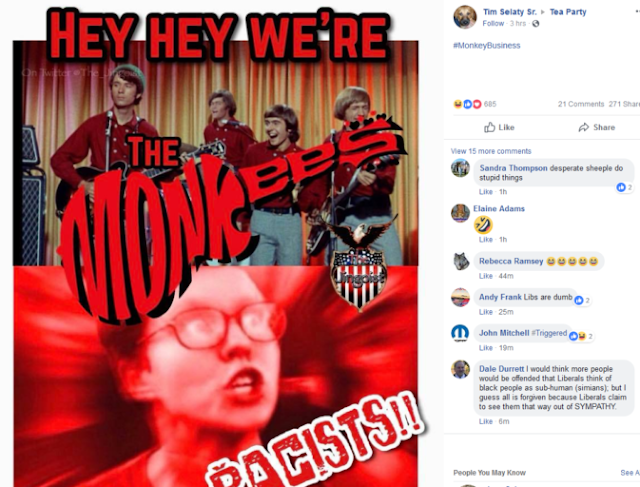 DeSantis won the Republican gubernatorial primary in Florida on Tuesday and will square off against Andrew Gillum, the state’s first Black candidate for governor.