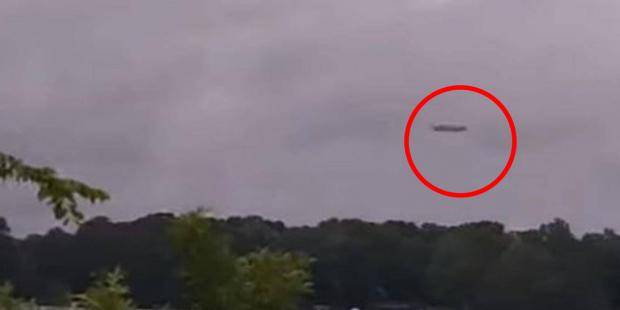 A video of a UFO flying over a North Carolina lake has gone viral, prompting speculation that the object in the video may be extraterrestrial.

The extraordinarily shaky video, posted by Jason Swing on May 29, was taken over Lake Norman in North Carolina. It has gone viral, having been viewed more than 250,000 times, as viewers didn't have any idea of what they are seeing.


In the video's description, Swing says "I was at work 2018 10:30 a.m it had been raining all morning. Rain finally stopped so we went w pick up a boat from lake norman.. When came around the corner I saw this thing sitting still very close.."

Naturally, the talk immediately turned to an alien craft, though many commenters believed Swing's video is likely a hoax or prank, due to the shaky footage and the fact Swing cuts off the video rather promptly.

"Next time you try and film a UFO, please try to jump around a little more. Also, adding a degree of blur would be a good touch. Geez.," one viewer wrote.

"I'm videoing a UFO. But I've got something more important to do. Later," another commenter wrote.

"Aliens always reveal themselves to people who shake uncontrollably and have no idea how to operate a zoom," another commenter wrote. "Classic alien jerk move.﻿